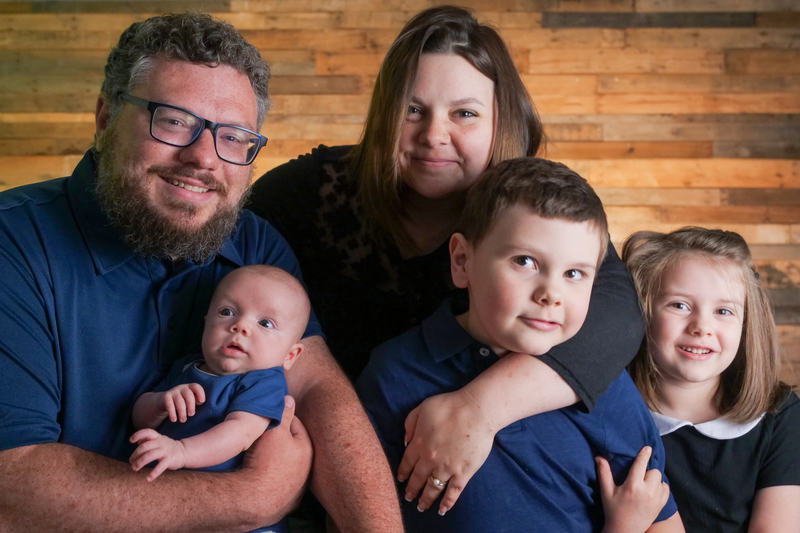 Family and Current Housing
After nearly ten years of marriage and building a life together, Bryant and Gina Mowry are overwhelmed with gratitude and excitement as they embark on their most recent adventure – building and buying their first home. The couple has watched friends purchase homes and first and second vehicles, while they struggled to even get by. “We were looking for a home and found that no bank would give us a loan. All the houses we could afford were in bad shape, and the houses in good shape were too expensive.” Then the couple was introduced to Habitat for Humanity by a neighbor who heard that Habitat ECO had started working in Jefferson County. Hopeful that their dreams of homeownership may finally come true, the Mowrys applied and were accepted into the program. The Mowry family has lived in Steubenville, Ohio for roughly seven years, the two most recent at their current rental. It is clear that while the rental is a place to live, it is not a suitable home for the family. Having only two bedrooms, the home is over crowded for the family of five. Bryant and Gina’s oldest child, James, is severely autistic and needs a sensory-controlled bedroom to himself. This leaves Bryant and Gina sharing the other room with the youngest two children, Sophia and Bennett. The house is also on two floors, has no backyard, numerous structural problems, and is in an unsafe part of town which create challenges when caring for James and giving him a meaningful quality of life. It’s no surprise, therefore, that one of the couple’s biggest goals is to have a home that belongs to them so they can make it safe and sensory-friendly for James. Overall though, Bryant and Gina want to own a home for the sake of all three of their children. “I just want the kids to have a steady place to call home instead of having to go from house to house, rental to rental,” explained Gina. They’re not the only ones excited by the prospect of a new home. Six-year-old Sophia has charmingly expressed her excitement over having her own room which she plans to decorate with rainbows. It is clear the entire Mowry family will not only enjoy but benefit from having a place to call their forever home.


A Bright Future
During the months the Mowrys have been enrolled in the Habitat program, they have worked as a team to prepare for the transition from renter to homeowner. Because of James’ needs, Gina focuses on watching the kids while Bryant travels to the Habitat office or work sites to complete sweat equity hours. He completed all ten weeks of the House2Home education classes and invested numerous hours on worksites helping other families achieve their dream of homeownership. “It [sweat equity] is something I look forward to every week even if it means waking up early and driving a ways,” said Bryant. “It’s really fulfilling, not just with my house, but with anyone’s house to help someone else get to have a home.” In addition to completing the Habitat program, Bryant works hard at his job to provide financially for his family. Soon, all the couple’s hard work will pay off, and their partnership with Habitat, volunteers, and donors will provide their family with a safe, decent, affordable home of their own!

Volunteer opportunities are available to members of our community. Login or create a FREE account, and complete your Volunteering Profile to proceed.

Welcome! About Volunteering with Habitat for Humanity... 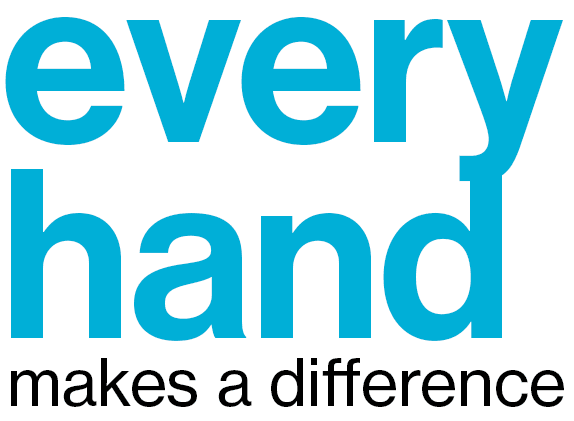 Thank you for volunteering with Habitat for Humanity, believing in our mission, and supporting one important vision—to end substandard housing in your community. Here are some really important next steps and things to know about your upcoming volunteer day. If you have a question that you don't see listed here, contact us and let us help.
What is a typical work day like?
What should volunteers wear?
What should volunteers bring?
Worksite Courtesy and Safety

Thank you for building homes, communities, and hope with Habitat for Humanity East Central Ohio! — “Each of you should use whatever gift you have received to serve others, as faithful stewards of God’s grace in its various forms.”