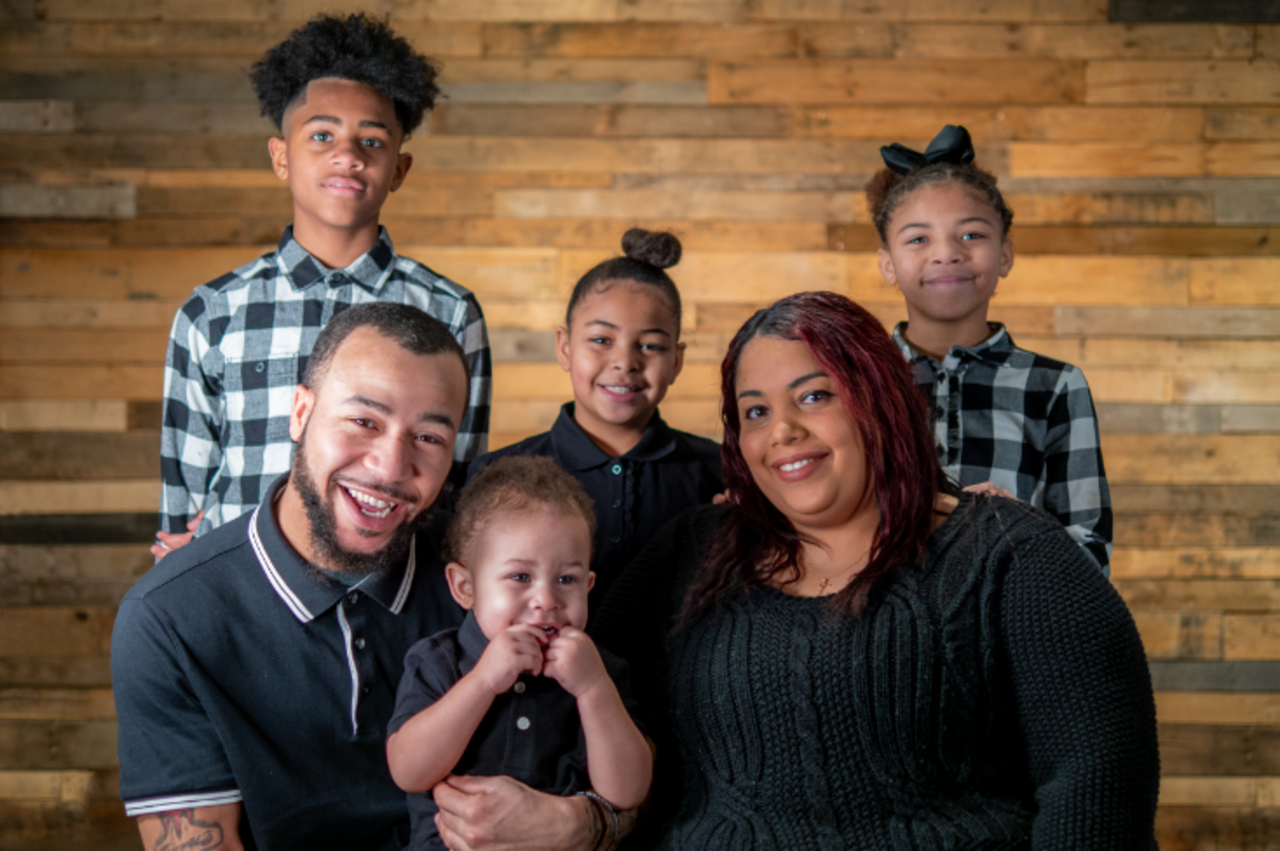 Family and Current Housing
Tiara says owning her own home will take a big weight off her shoulders and help her sleep better at night.
Tiara grew up moving back and forth between rental properties, and her four children have had the same experience. After a stint in Stark County public housing a few years ago, the Lucariello-Suggs family relocated to a private rental. They had such a major problem with mice – once catching 14 in one day, including some in their beds – that they moved into a smaller rental property to escape the pest problem.
Things aren’t much better in their current rental house. Neither the front door nor the back door locks, so the family has to block the doors with household items to make sure no one pushes their way in. The house, which originally was built with two bedrooms, has been converted into a four-bedroom house. The children sleep in the attic, where the roof leaks. There also are some safety concerns about her neighborhood. Tiara’s car has been broken into multiple times, and the neighborhood recently was the site of a shooting.
Tiara first applied for the Habitat program in 2016 but was denied. After continuing to move around and maintaining steady employment at Synchrony Financial, Tiara decided to try Habitat again.

A Bright Future
Tiara said she appreciates the fact that Habitat partners with families who don’t have the best credit history and gives them the opportunity to become first-time homeowners. She also values the educational components of the Habitat program, which she says have given her and Maurice the tools they need to take care of their own home.
When Tiara pictures life in her Habitat home, one word comes to mind over and over: stability. Her children can stay in the same school district, and no one will have to worry whether they’ll still be in the same place in a few years. Her Habitat home will give her kids space to grow and be a constant for them – a place they know will be there forever. The family’s oldest daughter, NcKala, is excited to finally have her own room and to have space for her entire family to eat dinner together. But mostly, she’s excited about all the possibilities. When asked what she thinks about Habitat, she said, “I think that I’m going to have the best life ever.”
VOLUNTEER
Share
VOLUNTEER

Sharing has been disabled. This campaign is private.