The Volunteering Page of Sarah Wright

In support of Habitat for Humanity East Central Ohio. 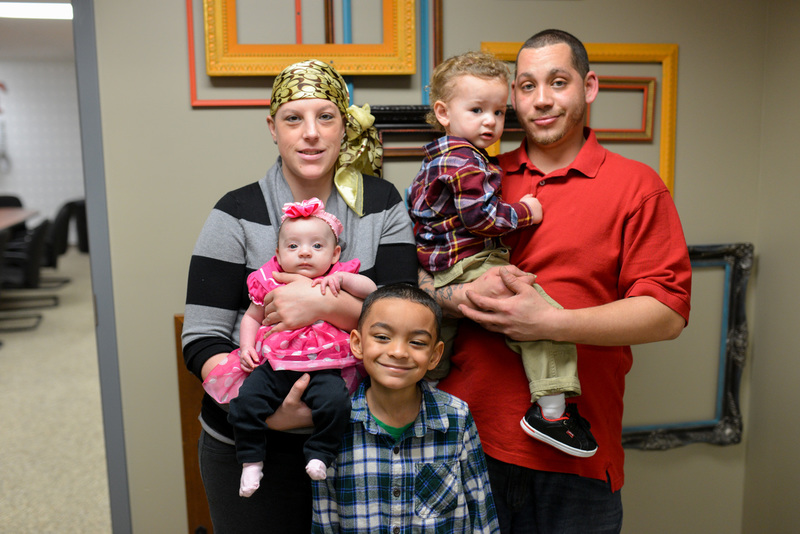 family and current housing
Angela and Brian long for the day they have a decent, affordable home to call their own. Before applying for Habitat the couple pursued a conventional home loan so they could move out of their small, two bedroom apartment in Canton. At the time, Angie was pregnant with the couple’s third child and were hoping to secure a loan to purchase a home large enough to accommodate their growing family. After being denied because of affordability and credit, the couple read about the Habitat homeownership program online and decided to apply. Since joining the Habitat program, Angie and Brian welcomed their baby girl, Aubrey Rose, and continue to live in their overcrowded apartment. The apartment also has structural problems, including a leaking refrigerator, mold in the bathroom, air leaking around the windows, a broken thermostat, and neighborhood crime. Dirty water from the washing machines in the building’s laundry room backs up and floods their small patio space. Previous flooding inside the apartment has led to damaged flooring that has not been replaced. Angie and Brian know that it is time to find a more suitable place to raise their children Xavier, Braylon, and Aubrey.

a bright future
Angie and Brian have shown themselves to be hard workers in spite of hardships and set-backs along the way. Shortly after being accepted into the Habitat program, Angie was diagnosed with cancer and faced the uncertainty of receiving treatment while also being pregnant. Thankfully, God answered prayer and baby Aubrey arrived safely in November 2016. Angie was also given a clean bill of health after rigorous treatment and was able to go back to work and restart sweat equity with Habitat. However, Brian and Angie’s lives were shaken up again when they learned that both Xavier and Braylon are on the autism spectrum and in need of special assistance and therapy. In spite of all this, the couple has worked together to complete numerous hours of sweat equity on worksites, at ReStore, and in House2Home education classes. To provide for their family, Angie works in childcare and Brian in the food service industry. Soon, their family will have a safe, decent, affordable home of their own! When asked what they look forward to most, Angie responded, “Being able to own something and not feel like we are throwing away our money on renting this apartment. Our kids can have their own room and a yard to play in. This will make a huge difference in our lives!”

Volunteer opportunities are available to members of our community. Login or create a FREE account, and complete your Volunteering Profile to proceed.